What Should I Photograph? 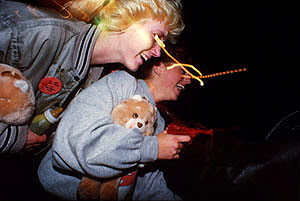 Photography’s dependent relationship with light goes far beyond the trivial statement that without light there is no photography. Most photographers operate under a incapacitating delusion: they do not recognize their true subject matter.

Landscape photographers tell us that they photograph the trees, the birds and perhaps the bees. But in truth, no bark, no leaves, no fuzzy little body parts invade our lenses to strike the film. Portrait photographers would have us believe that it is the emotion of the subject and photographer at that particular moment in time that is captured on film. Yet no emotion, no matter how strong, will fog photographic film. The photojournalist will argue that it is the event which is captured on film. But that moment fades quickly, leaving but a memory for the photographer and a ghostly impression of a latent image on the film.