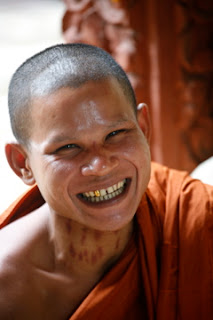 Two men met and greeted each other at the bottom of the hill. After exchanging pleasantries, they proceeded up separate trails. The younger man struggled beneath the weight of the large camera pack strapped to his back. He sighed with relief as he lowered the equipment onto the rocks at the top of the hill. After taking a breath, he slowly unpacked - removing each piece seperately. The wooden tripod was adjusted to a comfortable height. He attached the bellowed camera securely atop using shiny brass screws. The heavy lens was mounted to the board, the board set and locked, and then the shutter cocked open. The photographer promptly submerged behind the rear of the camera under an opaque black cloth. His arms emerged - fingers fiddling with knobs as the image swam across the ground glass. He tried, moved, tapped his foot, and in general squirmed around until the image met with his satisfaction. He withdrew from under the cloth to aim a meter at multiple areas of the scene. He made notes, then adjusted his aperture and shutter speed. Upon a final check of the ground glass, he closed the shutter, inserted a film holder, withdrew the dark slide and then exposed the film.

The older man walked quickly up the hill to a clearing and took a simple digital camera from his jacket pocket. Previewing the screen on the back, he pressed a single red button. Almost instantly, he saw his image on the screen.

Both men made photographs that day.